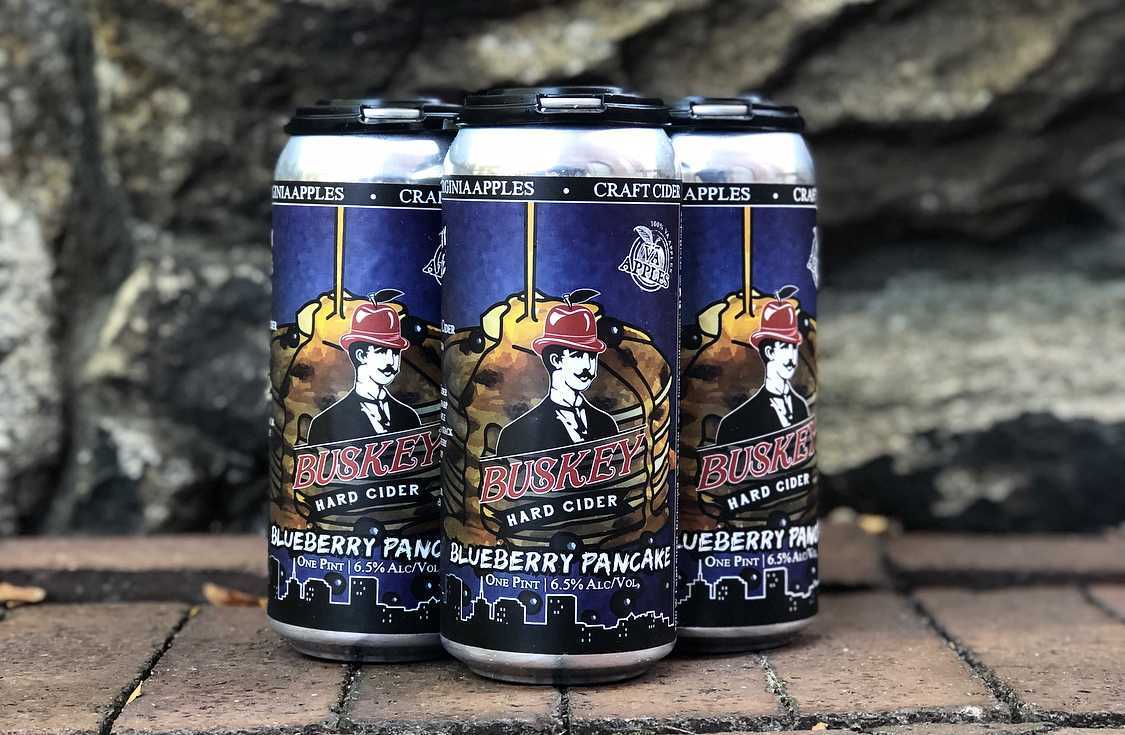 Buskey Cider located in the Scott’s Addition neighborhood of Richmond, Virginia will be releasing its 2019 cold-weather seasonal cider, Blueberry Pancake Cider, in mid-October. This cold weather cider balances sweetness, sharp apple, and smooth maple evoking the comfort of a stack of hotcakes with a cheery palate of maple syrup and berries.

“When someone says the words ‘Blueberry Pancake Cider,’ and innovation is in your blood, challenge accepted,” says Will Correll, founder of Buskey Cider. “The bright berry bursts through the comfort of the maple syrup, making this the perfect cider as the days get shorter and the weather gets cooler.”

In addition to launching this seasonal, Buskey will be rolling out distribution with Premium in Northern Virginia in mid-October, completing their footprint across the state. Buskey also produces a semi-sweet traditional RVA Cider, 100 calorie Mojito Light Cider, seasonals, limited releases, and collaboration projects. All of Buskey’s ciders are made with 100% Virginia apples and have no added sugar.

Correll opened Buskey Cider at the age of 26 with his wife, Elle, in April 2016 in the neighborhood of Scott’s Addition, described as Richmond’s booziest craft beverage neighborhood. The Blueberry Pancake Cider label was designed by Elle Correll, which features a stack of blueberry pancakes with maple syrup drizzling over the sides onto a speckled blue background. Buskey is an all American word that was written down in a letter by Ben Franklin the slang the young people in the taverns were saying during colonial times when cider was the most popular alcoholic beverage.

The Blueberry Pancake Cider will be available on tap and in 16oz cans around Virginia starting in mid-October, in addition to being available in their tasting rooms in Richmond and Cape Charles. This is a continuation of their seasonal program, including the Peach Tea Cider, Watermelon Rosemary Cider, and the Piña Colada Cider, in kegs and 16oz cans. Buskey Blueberry Pancake Cider is distributed statewide through Premium Distributors of Virginia in Richmond and Northern Virginia, Chesbay Distributing, Blue Ridge Beverage, and Wendell Distributing.